Large bodies of rock often appear layered.  These layers may reflect differences in color, texture or composition of rock that was formed sequentially, layer by layer under changing conditions.  In some cases, layers are defined by sets of parallel grooves or joints and this visible layering may reveal internal weaknesses in the rock that will cause it to fail or erode preferentially along certain planes.  In many locations the geomorphology of Heart of Avalonia is significantly affected by planes of weakness in the bedrock.

In general, the bedrock geomorphology of Heart of Avalonia is a consequence of three factors:

2) Forces of erosion (mainly the effect of rain, moving water and glaciation)

3) Weaknesses in the bedrock

Of course, there is more to the geomorphology of a region than just the bedrock topography.  Most areas have significant cover of water, soil and broken rock that conceal the bedrock.  This concealment can be total in areas covered by forests, shrubs, grasslands, peatlands, bogs and lakes.  However, in several parts of Heart of Avalonia, extensive bedrock is exposed.  Furthermore, bedrock forms the core of most hills and ridges and the overall shape of the landscape in many areas reflects the topography of the underlying bedrock.  This section looks at the way that weaknesses in the bedrock guide its destruction by erosion and thus shape the landscape. 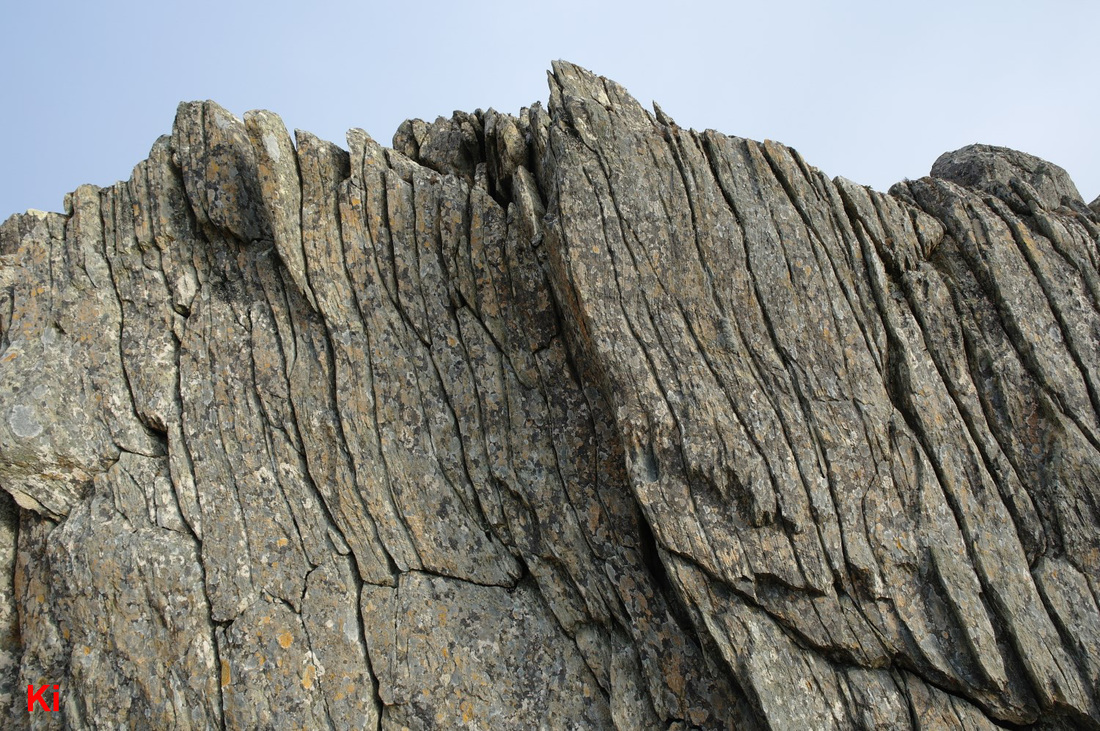 Index map  (use for codes in lower left of pictures)
Weaknesses in bedrock take the form of cracks, fractures, joints, faults and cleavage, most of which are planar on the small scale and many of which roughly form planes on the scale of individual landforms such as hills or ridges.  Some of these planes of weakness were incorporated into the rock when the rock was formed, but more importantly for Heart of Avalonia, large-scale aligned planes of weakness resulted from tectonic compression and shearing of rocks (low-grade regional metamorphism) that occurred millions of years after the rocks were formed.

The field observations of planes of weakness to be presented here have been divided into several sub-topics because of the large quantity and variety of relevant material.